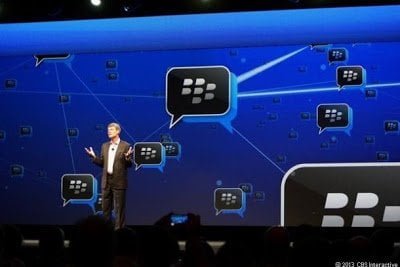 We are happy to announce that soon the BlackBerry messenger will be available in the Google play store, this was confirmed on Wednesday by BlackBerry that its messenger service would be available to Android and iOS this weekend.

An earlier  report had it that BBM coming to
Android
on Friday and iOS on Saturday.
The
Google Android version will come on Saturday, while the Apple iOS version hits the
Apple Store on Sunday.

We all know that the BBM was previously available to BlackBerry users, and is much loved by
the BlackBerry fans. Blackberry is  expanding messenger service  across various mobile platforms,
BlackBerry i believe is looking forward to take over the likes of WhatsApp, which has
gained more than 300 million users across the globe.
BlackBerry has attempted to rebrand BBM as more than a messaging service, positioning it as more of a social network.