The Nokia Lumia 730 has just arrived and regarded as a top player on the Lumia smartphone series. Here is a review about one of the simple and affordable smartphones in the market. With Capacitive touch screen, 1GB ram, 8GB internal storage with an external storage capacity of 128GB, 6.7MP primary camera, and a 5.0MP front camera. This is Nokia Lumia 730. The Nokia smartphone is an upgraded version of Nokia Lumia 735 only having a dual sim support, the other features still remain same.

Nokia Lumia 730 comes with latest version of Microsoft Os windows version 8.1, full pack of Microsoft Office and Outlook. You can now create and edit PowerPoint, Excel and Word documents with ease wherever you are with seamless sync.

The Nokia Lumia 730 smartphone is a light weight device of with 720×1280 pixels Resolution and a light weight of 134.65g.
The mobile gadget comes in several beautiful colors which include white,black,yellow. 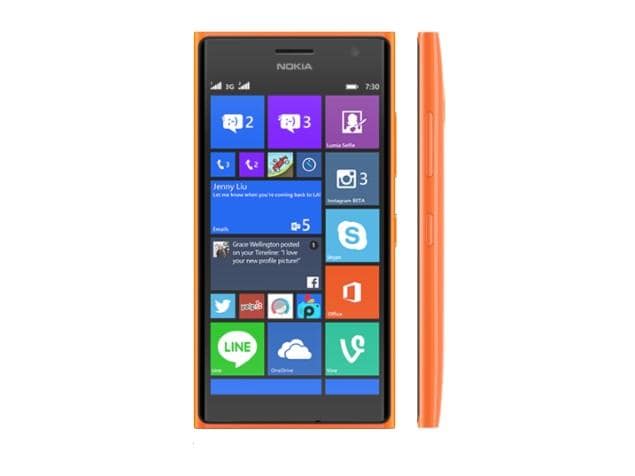 The current price range of Nokia Lumia 730 ranges from 150USD
depending on your location.