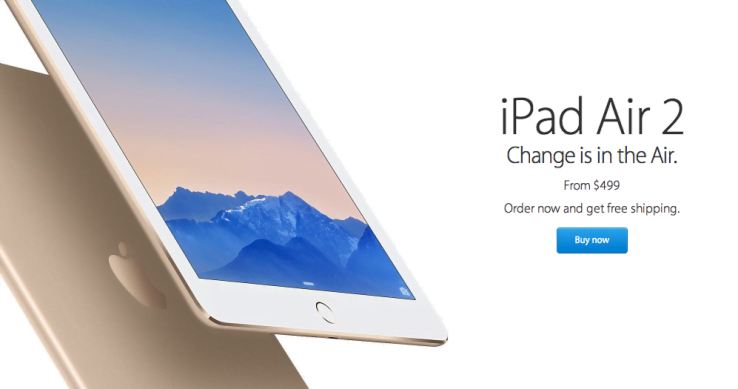 The Prices for the new iPad mini, is essentially the same as the existing model but the new model has a Touch ID added and also new gold color option, prices starts at $399, while the iPad Air 2, with its full external and internal variants, starts at $499. The models have options of 16, 64 and 128GB series, with both Wi-Fi only and LTE-capable models of each.

Delivery time for the new iPads is targeted at October 23, which partly helps explain why the date wasn’t set in stone on stage. Apple actually wants to get the new products out there as soon as possible, instead of staging a defined, singular strict date, so they could start shipping in batches as soon as they come off the line.

From our initial impressions of the new iPads, have it that the iPad Air 2 is an enhanced upgrade even from last year’s version, while for the new iPad mini 3 is just similar product to the earlier version unless you have a burning desire for Touch ID or you are actually upgrading from a first-gen iPad Mini, it might be wise to hold on to your money.

How to Smash Walnuts with Ease Using Nokia 6 :-See Prove .