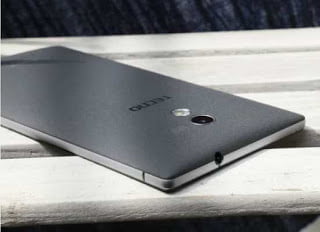 Few months ago, Tecno Mobile launched the Camon series of smartphones, with the first been tagged as the Tecno Camon C8. Now, reliable sources have it that the tecno C8 might be getting a stronger successor sooner than we think. You should start getting ready for a Tecno Camon C9 coming your way shortly.

The Tecno Camon C9 promises a more beautiful and better design, the device is expected to be thinner and lighter than its predecessor (Camon C8), which might be about 7mm which is slim enough to sit correctly in your pant’s front pocket. Also, the finishing of the Tecno Camon C9 seems to be enhanced by a slighty cambered body

Alos, if the rumours still stand tall, the tecno Camon C9 will feature an unbelievably huge and innovative 13-megapixels front facing camera with dual flash which will be able to capture breath-taking shots and a 13-megapixels rear with dual flash technology, both capable of capturing the best moment images even in poor lighting area. TecnoCamon C9 will be the best selfie camera phone ever. One can now capture the best moment even in the dark with the innovative dual flash on the front-facing camera.

Under the hood, Tecno Camon C9 boosts of an increased 1.5GHz quad-core processor or 1.7 GHz with 2GB of RAM power to make the phone capable of delivering a high level of performance that will be more satisfactory to users and multi-tasking a breeze. We may also be expecting, a fingerprint scanner just below the back camera of Tecno Camon C9,similar to Phantom 5 which was Tecno’s first fingerprint smartphone.